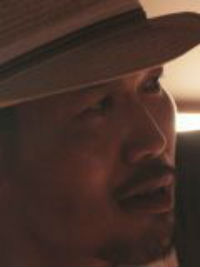 The Sower is a strong emotional family drama, where random encounters the necessity of a congregation of disparate rhythmic events that find their artistic expression in an abyss of reflections.
A film that attacks the contractual relations, doubting the welfare of family peace and perfection that draws on the surface of the innermost thoughts, desires and passions of heroes, investing in the nature of human existence, which allows to look to the future with a calculated and courageous optimism, because there is simply no other way beyond our own desire for optimism.
Yosuke Takeuchi is facing human errors as moral issues, which depending on the approach, may prove beneficial elements that motivate forward.
Daydream in a rational manner on the man’s maneuvers to build his life on a new basis. He examines the actions from a distant perspective, demonstrating the intentions and consequences, to complement the weakness of termination of life itself that remains pending in perpetuity.
The filming of the Sower serves clear and simple forms, while fulfilling the specific aesthetic nature of “time” with harmonious coexistence and alternation of rhythmic patterns that are sometimes strange in their duration, and sometimes rationally adapted to the facts.

Q._In the Greek language the Sower “Ο Σπορέας” is he who sows / dispersing / still distributes and causes. Does the “Sower” in your movie serves some of these properties?

A._Of course, all these properties are represented metaphorically by Mitsuo. Even the existence of sunflowers (Himawary) serves these properties in the film. Of a new life, the seed scattered on the ground and a cause for continuity, a symbol of recovery and hope. In a way the existence of the film has to do with sunflowers since the idea came when we saw sunflowers sprouted at various points, in one of our random visits in an area that suffered great damage from the tsunami. That made us think that despite the fact that the tsunami caused massive destruction and taken many lives, but had at the same time enticing sunflowers seeds that sprouted in the ground where people have been buried.

Q._Throughout the film I had a feeling of intense religiosity. The ascetic figure of the “Sower” referred me to Christ sacrificed by taking responsibility for the sins of others out of love. Even the role of the police referred me to Pontius Pilate, that without taking a clear position on who is guilty, let the family to determine who committed the crime. Was this scheme in your mind during the movie creation process?

A._I didn’t consider until now my film with respect to any religious symbols. The inspiration for Mitsuo character emerged from the life and work of Danish painter Vincent van Gogh. He too often accepted help from his brother to be able to live and paint, as the hero of the film receives the care of his brother. Another similarity is that when van Goghs’ brother got married, the two brothers alienated just us Mitsuo and Yuta do in the film. However as I think about you mentioning Christ I believe that one carrying this information in his culture might make such a comparison. In fact, the name Yuta may refer to Judas and what this means in the development of the story of the film. As for the role of the police, they do leave in the discretion of the family the answer of who will take the blame and bear the crime. The police knows from the start who killed Ituski but their aloof attitude gives Chie the opportunity to redeem from an act that would condemn her forever while Mitsuo is easier to assume liability because of his weary past.

Q._Through the sacrifice of two people and especially of the two most vulnerable and innocent in your story the prospect of a new and more optimistic principle for the family is ensured. Do you think that the decision of this family was a brave one?

A._Their decision never occupied me. Since they had to protect a young girl, they had to do everything to achieve it. Besides the passage of time brings solutions to all problems whatever decision that is. In some cases who appear to be dead end and the solution is inevitable the Japanese society seems to sweep the bad situation under the carpet and just continues to live as if nothing had happened. As in the Ancestral Sin, Man, erred and paid for his error, so here too. The family has made mistakes, hurt, paying the price but must continue. This might seem unfair but all of us are led to such decisions at some point in our lives, even in our daily lives. For example, the cell phones or the glasses that we use often come from dubious production conditions which may be unfair to those who serve them. But we continue to use them because what else can we do?

Q._Chie demonstrated the most courageous personality. She will take the initiative, despite her young age, to lead her family away from a deadlock of accusation and guilt that they could not find a way to express. Do you think this is one of the roles of the younger generation towards their immediate environment and society in general?

A._Chie is a child that accumulated very early a heavy load of family problems. I would say that they have violently stolen her childhood. For me this is prohibitive. A child must live according to its age and to enjoy the childhood years. In this case, Chie, who has realized the intense conflict that underlies in her surrounding environment after the birth of her sister is driven to this act in order to live a normal life. Now if that makes her of a good or bad personality, that is another matter.

Q._Does the choice of a girl for this role and not of a boy has to do with the specific characteristics of womanhood or was it a coincidence?

A._A girl in this age is certainly a more complicated character. She can think more mature and be expressed more easily and this helps to establish relations with the environment, like Chie does with her uncle and her father. Conversely, a boy the same age acts more simply. So the choice had to do with this feature, although it arose spontaneously.

Q._In the end, when father and daughter turn to the camera, it seems as they are looking for an answer from the audience or their opinions for their practice. It’s like asking the viewer what he would do in their place. From the reactions of the audience at the end of the film what did you earn as a creator? What was their reactions on this? Do you think that in the end the viewers accept what happened or disagree?

A._I ask exactly the same question for the audience’s reactions and I don’t have a clear picture. Some found the end optimistic and some did not. I did not want to influence in any way the audience on this. Everyone can think as they want. The ending was solid early on as the script was written. The sunflowers would dominate the landscape at the closing scene of the film, and that was something that I decided once I saw the Sunflowers of Van Gogh in Paris. We searched long to find such a place and because we could not find one we went on and planted ourselves the sunflowers you see in the movie. We wanted the last scene to exude optimism, so we put Chie turning back and facing these flowers that always turn towards the sun. There I was thinking that there are so many people in Japan who commit suicide and I wanted to give an optimistic perspective.

Q._The film looks somewhat “defiant” in the use of “time”. There are shots that are extended in duration without apparent reason. It is the time a film shape that motivates developments?

A._People experience time in different ways. Especially when they face a psychological problem, including depression, then it becomes in even greater problem. This is a parameter that I wanted to raise. Moreover, the Japanese people are people who work too many hours and I wanted to show that maybe we should slow down our pace and see time through another perspective.

Q._As we are coming to the end of our interview could we say that the end of the “Sower” is your personal vision of Japan? A country that, with the use of nuclear energy made a big mistake and paid the consequences through a fiery accident, but it is now time to look up with optimism for a brighter future?

A._Originally it was something that didn’t crossed my mind. But an American friend watching the “Sower” raised the issue and got me in the process to think that the end we wrote for the film could be a hope symbolism. Of course they can be given many interpretations about the ending, but such an interpretation would be very beautiful.